After some 34 years service in the general Enniscorthy area, local AIB Branch Manager, Maree Lyng has been transferred on promotion to Wexford to take charge of the branch there. In addition, Maree, who is President of Enniscorthy and District Chamber, is also taking overall responsibility for all AIB Branches in the county. 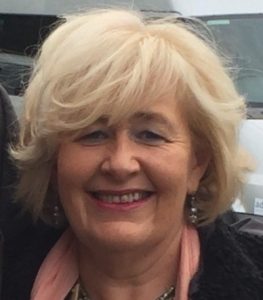 This is a well deserved promotion for Maree who is a major contributor to community and social activities in Enniscorthy and who, in her role as President of Enniscorthy and District Chamber of Commerce, is the driving force behind many of the Chamber’s initiatives over the past number of years.

Fortunately, Maree is not severing her links with the Chamber or with the many organisations and committees, the Rock ‘n’ Food Festival being a case in point, she is involved with and will continue carrying out her duties as President of the Chamber until her term of office expires later this year.

Her successor as Manager of the Enniscorthy Branch of AIB is Emma Fox who is transferring from the Gorey branch of the Bank. Emma has already joined the Chamber and is involving herself in every facet of the Chamber’s activities.